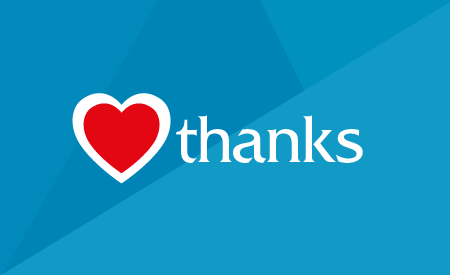 A Big Thank You

www.beer-devon.co.uk would like to thank the generous local contributors that donated resources and time, helping to make this new website possible.

Photographer of two stunning images used on the main banners of this website including the panoramic image of Beer beach.

Adrian is a Devon-based contemporary and landscape photographer specialising in images of Dartmoor and Devon.

Wiltshire-born Adrian moved to Devon in 1987 and says he has grown to love the area and believes it offers some of the best and varied of landscapes he has ever experienced.

His interest in photographing Devon’s beautiful and diverse scenery came from regular walks across Dartmoor in the mid to late nineties with a 35mm SLR film camera then progressing to digital as the cameras became more affordable. Over the last four years his photography has become a thriving business with many galleries and shops exhibiting and selling his work and he has also published a number of books and runs photography workshops.

A full range of Adrian’s work, including the can be viewed and bought on his website.

Photographer and supplier of an invaluable library of photos featuring Beer used throughout this site.

Owns and runs the Beer ‘Top Shop’ Village store. Plymouth-born Bob came to the village in 2006 and says his interest in photography started around the same time. The scenic coastline around the village -with shipwrecks like the MSC Napoli and our annual Regatta Day- have all been captured by his camera and some of his best shots are available in greeting card format on sale in his shop.

Bob is also a well-known amateur musician and can frequently be seen at the Jurassic Folk & Acoustic club now being held at the Dolphin in Beer,

Photographer of a range of images used throughout and in the gallery section of this of this website.

Brought up in Beer, and apart from six years as an officer in the RAF and nine years working in London, has lived in Beer all his life. For twelve years he was an intelligence analyst for Devon and Cornwall Police, but when he was made redundant decided to take photography more seriously, and found that other people seemed to enjoy his work enough to buy it!

Richard specialises in East Devon landscapes and seascapes, using a minimum of editing and ‘tweaking’ with software. ‘I aim to make my photos an honest record, and to give anyone viewing them the chance to see exactly what I could see in that spot on that particular occasion. In that way I hope to show people my area of Devon at its very best’ he says.

When he’s not taking photos (or sweeping chimneys) he researches the First World War, watching rugby and is a school governor.

A photographer of images used throughout the site and in the gallery.

Formerly from Norwich, Fiona Gage has lived has in Beer since 2009 and works as a Team Leader at Focal Research, a Seaton-based company that produces Market Intelligence Databases for the house building industry. Her interest in photography began when she worked in a photographic developer’s in Colchester and seeing what could be achieved with a camera inspired her to try it for herself. She is self-taught and says she is learning new techniques all the time.

Fiona’s other main interest is scouting and is a Scout leader in Beer and helped to set up the Explorer Section. She helps run the Devon scout County Media team to promote scouting in the community and regularly posts her photos on the Beer Scouts website. She says: ‘I love living in Beer it’s such a vibrant homely village with lots to offer’.

One of a handful of people who can actually say they were born and brought up in Beer. She worked as a newspaper reporter in Exeter and Tiverton before moving to the Midlands in the 1970s and then to London in the 1990s where she worked, firstly as a journalist and then for 12 years, in recruitment for publishing.

Since moving back to Beer in 2009, Vivien has become an active member of the Beer Regatta committee and is the editor of the Regatta Programme and oversees the Beer Regatta website and Facebook page. In her spare time Vivien makes gemstone jewellery which she sells at local craft fairs and artisans markets.