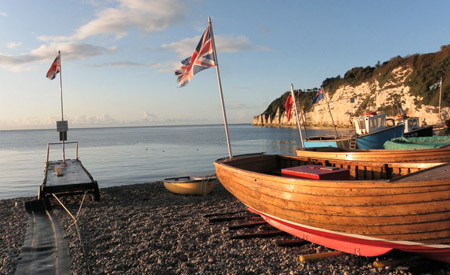 In Tudor times, the manor house at Bovey (still standing today) and surrounding land formed part of the dowry of Henry VIII’s 6th wife, Catherine Parr and in the late 18th century Beer’s relative isolation in a secluded valley made it a perfect place for smuggling. The infamous smuggler, Jack Rattenbury, known as The Rob Roy of the West plied his trade from the village often hiding contraband in the quarry caves and the nearby Bovey House provided a ‘convenient’ ghost to keep prying eyes away! In later years the limestone was commercially quarried as it was highly prized because of its workability for carving and it can be seen in cathedrals such as Exeter, Westminster Abbey and St Paul’s Cathedral.